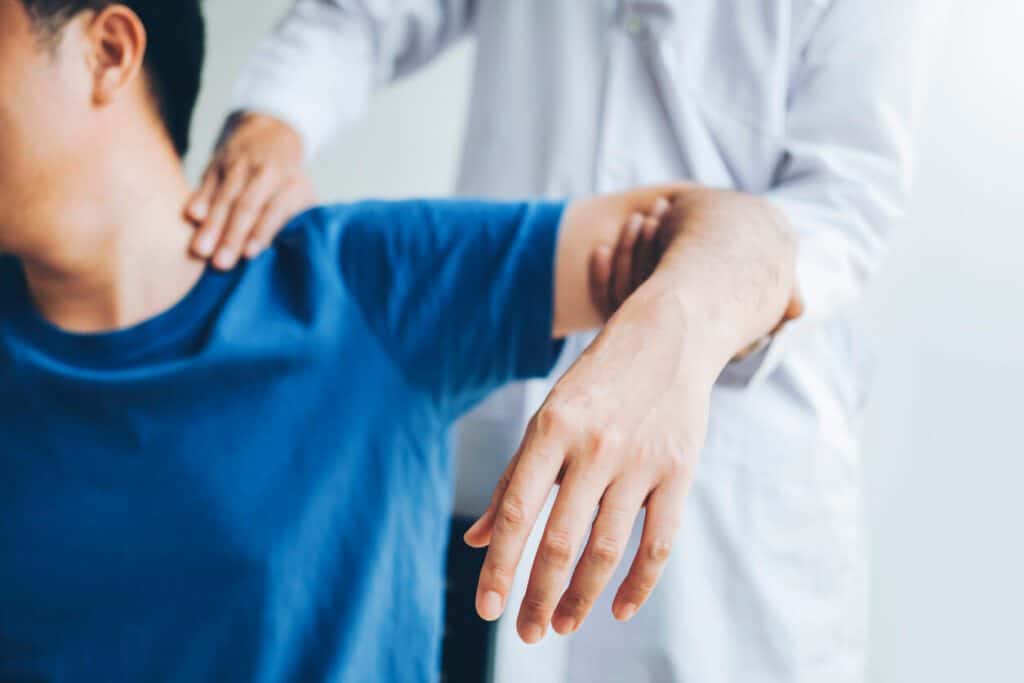 Acromioplasty is a surgical procedure of the shoulder also known as subacromial decompression surgery. Patients who have an acromioplasty commonly have the procedure done along with a rotator cuff repair.

During an acromioplasty, the surgeon shaves a spur that is usually on the undersurface of the acromioclavicular (AC) joint and the closely associated ligament structures.

The logic behind this is that the spur is theoretically impinging the rotator cuff, however, it has been shown that the spur itself does not cause impingement and that it usually significantly pre-dates the onset of symptoms.

So, removing the spur would, again theoretically, open up the space in the shoulder freeing it up for movement and a reduction of pain, it would seem.

But complications can arise when you cut shoulder ligaments that serve to stabilize the joint and research has not supported this surgery as being clinically more effective than non-surgical strategies.

Other issues can arise as a consequence of this surgery, including shoulder arthritis, more rotator cuff damage, and shoulder instability.  Only a small percentage of patients with this condition would benefit from surgery and there are non-surgical ways to get better results.

The video (above) shows a live look at a moving x-ray of a patient’s shoulder instability as a result of an aggressive AC joint resection, which is a more comprehensive version of an acromioplasty.

In this post, we’ll dive deeper into the potential negative consequences that can happen after an acromioplasty.

About the AC Joint

The collarbone will feel smooth at first, and then you’ll come to a place where it rises to meet the shoulder’s top curve. This bump is the AC joint and right after it you’ll discover the acromion bone of the shoulder. The intersection of these two bones is what gives the acromioclavicular joint its name.

If this joint becomes arthritic or misshapen, a spur on the underside could possibly impinge on the rotator cuff. Physical therapy and/or a cortisone injection is often the first way that providers try to resolve the pain. Should these not help, many times, an acromioplasty surgery is offered as another option.

An invasive and permanent procedure, an acromioplasty shaves off parts of bones that are thought to be pressing on the rotator cuff and also may remove or destabilize supporting ligaments. There is scientific evidence that suggests this procedure rarely makes sense.

Unsurprisingly, multiple studies give acromioplasty a poor grade. One large, randomized controlled trial indicated that performing an acromioplasty along with a rotator cuff doesn’t have positive effects.

To quote the study, it said its findings were “consistent with previous research reports in which there was no difference in functional and quality-of-life indices for patients who had rotator cuff repair with or without acromioplasty.”

However, adding an acromioplasty does complicate the patient’s rehabilitation, making for a more challenging and lengthier recovery period.

Another study gave proof that surgery for rotator cuff tears caused by wear and tear – whether rotator cuff repair was done by itself or with acromioplasty – didn’t compete with physical therapy’s positive results.

Rotator cuff repair with acromioplasty is the U.S.’s most commonly performed shoulder procedure but it actually fails to accomplish its intended outcome. It’s meant to relieve the damaged rotator cuff from pressure but, in reality, the procedure makes it worse by making the structures less stable.

The authors of a study drew the conclusion that after an acromioplasty, the rotator cuff force needed to maintain normal glenohumeral joint biomechanics went up by 25 to 30%.

A Visual Depiction of Shoulder Surgery Complications from an AC Resection

When you watch the video at the beginning of this blog post, you will see a live, moving x-ray of a patient’s shoulder post-surgery. He underwent an AC joint resection, which created a large space between his collarbone and his shoulder. This gap will likely bring about further issues and make the shoulder unstable.

At the start of the video, the patient’s shoulder can be seen relaxed and down. The large gap is very visible. The gap narrows when he moves his shoulder up. This space was previously the AC joint, and also contained stability-creating ligaments.

Each time the patient moves his arm, his now unstable AC joint has excess movement. This particular patient reported worsening pain after his resection.

Plus, studies repeatedly indicate that an acromioplasty doesn’t enhance a rotator cuff repair. It often makes it worse. Why, then, is an acromioplasty performed so often? It might work well for a small number of patients, but for most people, it should be avoided. After all, a biomechanical alteration like this is extreme and irreversible.

Since there are alternative options and a great number of risks associated with shoulder decompression surgery, you may want to just say no while you explore your options.

Regenexx procedures utilize one’s own concentrated platelets/growth factors and/or concentrated bone marrow to strengthen rotator cuff and ligament tissue and to change the microenvironment of the joints such that it favors healing and less inflammation.

A 2 year randomized controlled trial showed that a Regenexx procedure utilizing bone marrow for rotator cuff tears showed that patients reported a mean 89% improvement at 24 months, with sustained functional gains and pain reduction. MRI review showed a size decrease of most tears, regardless of whether a spur was present.

Our Regenexx Procedure Candidate Form is a great place to start understanding if regenerative orthopedic medicine is right for you. 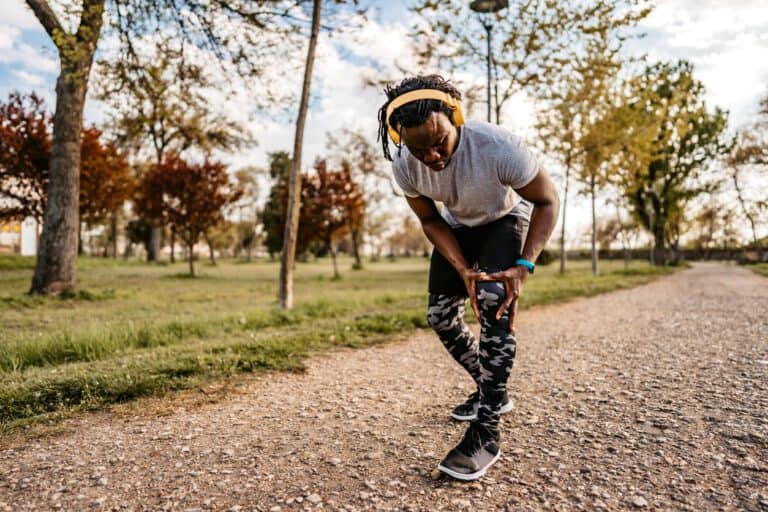 The debate still continues in the medical community regarding the connection of running and knee arthritis. Read on to learn more about the results of recent studies if long-distance running 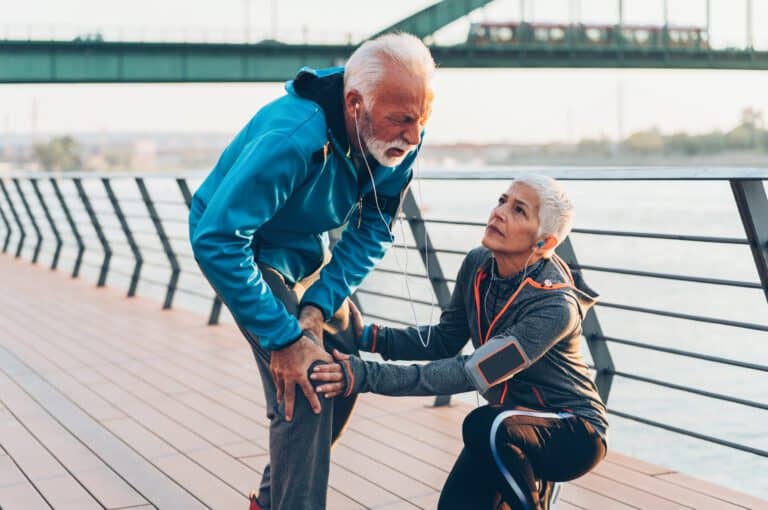 As runners age, they often develop injuries that can limit their ability to keep hitting the pavement. Runners then fall into one of two camps: they’re able to keep running

The Good and Bad of Shoulder Labral Tear Surgery 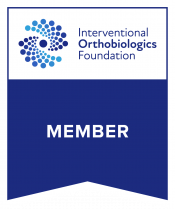 The debate still continues in the medical community regarding the

As runners age, they often develop injuries that can limit

The Good and Bad of Shoulder Labral Tear Surgery

Today’s orthopedic care model, much like the healthcare model in

Regenexx Tampa Bay
4.8
Wolf Weinhold
Clean facilities, responsive staff, and a knowledgeable Doctor who all put you or your issues first. what medicine is supposed to be.
Linda A. Wood
I have been receiving stem cell and prp injections from Dr Leiber since 2016 for various old sports injuries. I wouldn't go anywhere else!
O Harris
Expert and professional. Regenexx has kept me out of the joint replacement crowd for 10 years. The best investment I have ever made is with Dr. James Leiber.
Jean Chaff
I had PRP for a tear in a tendon in my shoulder on 2/15/21....followed by 10 weeks of PT. Today 5/4/21 I am 98% pain free! Only discomfort is when I lay on my shoulder too long while sleeping! I am so grateful for Dr Leiber & his practice for this amazing procedure!
beth owen
It is hard to believe how good this works. At first you wonder and are skeptical. But, being able to use my shoulder full circle is the best feeling in the world! Thanks Dr. Ron Torrance, I am so happy to be active again!!!!
Scott Lane
Great experience from the start Dr. Torrance and the staff reviewed every step of the procedure and followed up several times. Its been six months since my procedure and the results have been amazing! I would highly recommend to explore the Regenexx process before knee replacement, its worth the research!
Angie Rasner
The whole group was very helpful and friendly. Explained things thoroughly. They obviously know their stuff! Felt very confident scheduling a date for procedure.
Jerry Powers
My shoulder was in rough shape. It felt fine as long as I did not do anything with it. Once I had the procedure done and then completed the rehab, my shoulder is really healthy now. It is up to about 95% strength now. I can lift bags of concrete. I can do push ups too. Not a bunch of them, but I couldn't even do 2 before.